Skip to main content
507-369-3913 contact@cuppayogi.com
Who is the Yogi Behind the Coffee

Yogi was born wild, in a barn far out in the country in Minnesota. He was born along with his siblings in the comfort of the hay bales, a literal black sheep among the other kittens who looked nothing like him.

Unfortunately, Yogi's mother abandoned the litter, and although most of the kittens managed to survive, Yogi was a runt, skinny and small, and he found himself buried in the barn hay. Luckily, though, my friend Shelina was there to save him.

She heard the mewling from Yogi seemingly in the walls while she was visiting a family friend, and immediately sought him out. After digging around in the hay, she managed to find him, and decided to adopt the poor kitten.

Yogi was small, but his paws were large, and his nearly all black coat led Shelina to name him Yogi (yes like the bear.) Yogi lived with Shelina for a short while with her other pets, but he didn't seem to fit in. Shelina's other two cats didn't like Yogi getting attention, and that's where I came into the story.

I had just moved into new housing, but the house was light on companions. So, the decision was made to get either a cat, or a dog. As fate would have it, Shelina let me know that Yogi needed a new home away from the other cats. We picked him up the next day.

Initially, Yogi was scared and angry. He didn't like that he had to leave his home to be with these new strangers. But after a few sessions of eating on the floor with him during his meal time, he came to love me and as much as I love him. Ever since he's turned into a lovey dovey cat, and to this day we eat our meals together.

So Why Do You Sell Coffee?

Selling coffee isn't the first career option I had, but I knew I wanted to have control over my income and the time I had to spend working. Before that, I managed retail stores, but I left that line of work shortly before COVID-19 complicated the work environment. I spent a lot of time on other pursuits, and drank a lot of coffee, before I realized I had a real passion for the benefits and flavor coffee brought to my life. It was a comfortable constant. But I also needed to provide for Yogi, and still wish to give Yogi a better life.

So to do that, I decided the best course of action would be to start selling coffee. Luckily I already had contacts for fresh coffee from my previous work, and I got to work, resulting in this store. And while increasing the quality of life for myself and Yogi is one of my primary concerns, I also wanted to provide premium coffee to my customers; coffee that was roasted and ground fresh to order, instead of getting stale on a grocery shelf for months.

I also donate part of my profits to no-kill animal shelters and sanctuaries. If you're interested in helping me in my mission, or if you just want to help give Yogi a more comfortable life, please consider trying our coffee. You can also follow @cuppayogi on Pinterest, Instagram, and Facebook to share our products with your friends! 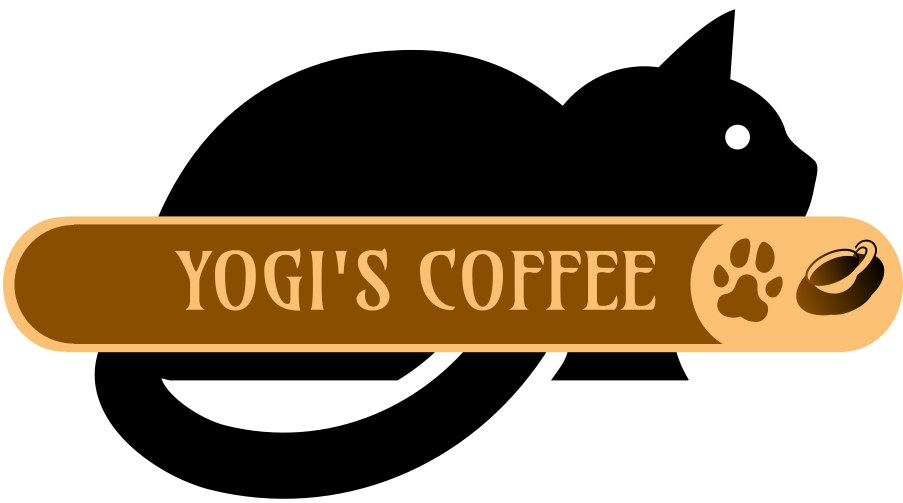 Newsletter signup form
Thanks for signing up!
There was an error submitting the form. Try fixing the error or submitting again.
Web Design by